Christmas miracles may not just be for early 20th century films where you have to ignore the racist bits.

As with all families that would rather spend Christmas Day with the side of the family they actually like, the McGregors organised a pre-Christmas gathering to enjoy a couple of rotisserie chooks and the Kris Kringle present aunt Marge definitely spent under the limit on.

In this overwhelming darkness there did emerge one glimmer of hope as Sky News Uncle Gary McGregor (66) and vegan niece Molly McGregor (22) formed a silent pact to not ruin Christmas this year.

Greeting each other pleasantly, the two shook hands and made a silent deal to enjoy a meal together without asking bullshit questions like “what if the genders were reversed?” or “what we were eating roast dog?”

According to witnesses, the only time the two came close to their usual festivity-ending rows was when Gary asked what the fuck Molly’s roast head of celeriac was.

“It’s nice, you can try some if you like?” offered Molly.

“Maybe later,” Gary stated, knowing full well in 15 minutes he would be so full of meat and potatoes to even consider putting that into his body.

Unhappy with the result of the family lunch is aspiring YouTuber cousin Calum MrGregor (24) who was hoping to get some viral action out of his family’s Christmas dinner.

“Who wants to watch a live stream of a family eating a meal together? And because mum was at the table I didn’t even have one viewer.” 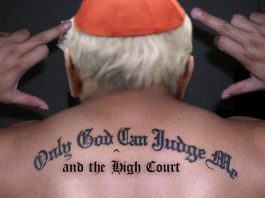