On Tuesday Prime minister Scotty From Market announced at least $2bn for bushfire recovery, as the government steps away from its pledge to deliver a budget surplus amid the ongoing crisis.

After months of Federal inaction, many feel the help is well overdue after thousands of homes were lost and entire towns have been evacuated by the Navy from burnt out coastal communities.

After finally realising the four states ravaged by out-of-control climate change bushfire weren’t necessarily the sole responsibility of the NSW Government, Scotty has stepped up and warned that that the fires would keep burning over the coming months.

Josh from Accounts has also said further government funds may yet be forthcoming as the economic toll from the horror fire season continued to rise.

Morrison said that across government “significant and massive” financial commitments were being made, with the final cost likely to rival the $5.6bn paid out in disaster recovery assistance over six years following cyclone Yasi and the Brisbane floods.

After meeting on Monday morning, cabinet signed off on an initial $2bn for a national bushfire recovery fund to be used to support the rebuilding of community infrastructure and to help affected farmers and businesses.

While the PM has attracted a lot of fierce criticism for focusing his attention on religious discrimination bills and denying refugees medical treatment in major hospitals, before taking a Hawaiian resort holiday in the peak of a NSW heat wave – the bushfire package has been met with relief by many.

Aside from the state fire and emergency departments, and the desperate rural towns facing years of rebuilding – the announcement of the $2bn package was particularly exciting for the Member Of Dawson, Big Georgie Christensen.

“Oi you reckon I can get my hands on those receipts” Big Georgie asked Morrison this afternoon.

Morrison, who reads a lot of news in an effort to keep up with the groovy new trends like dabbing and Islamophobia, was immediately onto the virile young MP.

“Georgie, I hope you aren’t trying to get nudes of the Naked Philanthropist” said a fatherly Morrison.

“The last thing I need is you sending government resources to overseas sex workers!”

Christensen was quick to refute the claims.

“Don’t be ridiculous Scotty! I just wanna see a receipt that big! 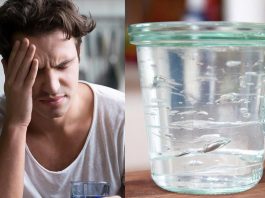