A local man is currently treating himself to a little bit of self-loving this evening.

With the sun setting on yet another Valentine’s day without a girlfriend, boyfriend, wife, husband or significant other, Will Mcrae decided to get himself a present.

Rather than manifest his self-care in the form of a traditional gift like some overpriced headphones or a wanky watch, the 26-year-old engineer is gifting himself a night out on the town.

“I mean, it would be silly not to wouldn’t it,” he said taking a sip from his relatively early second Canadian Club of the early evening.

“All my loser mates are apparently heading out to dinner or some shit, but there’s a few of us locked in here for a few neck-oils of the highest quality.”

Mcrae explained that he could go home and take it easy and watch a bit of a TV show and try not to think about how everyone else is out and about tonight, or he could treat himself, to a little bit of a session.

“I mean, I head for a 5 o’clock shower most Fridays, but this time around, for Valentines Day I’m not going to feel even the slightest bit guilty about having a couple of drinks and enjoying myself. ”

“It’s called self-care and self-love, and I’m a big subscriber to that doctrine today,” he laughed.

“Because hey, it’s the day of the year for love and affection and I’m going to love myself.”

“Courtesy of Doug, Dylan and Dom who are all pretty wound up already,” he laughed walking off.

“As the Pulitzer winning icon Kendrick Lamar famously said ‘I love myself.’” 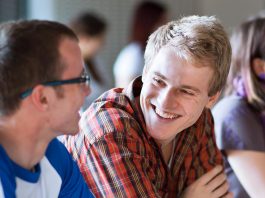 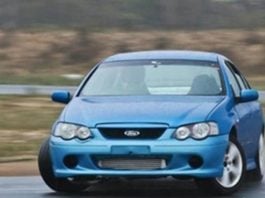 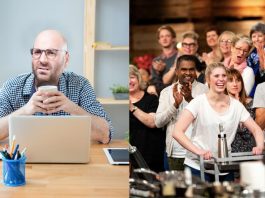