The Home Affairs Minister was sent to the new Christmas Island detention centre that was briefly set up as a makeshift quarantine station until the government decided to just let every cruise ship that feels like disembarking on Australian soil into Sydney’s CBD.

Since the governments release of the Australian residents who had arrived via Wuhan last month, the Member For Dickson remains the last detainee on Christmas Island – except for that poor family from Biloela that the media and government like to pretend no longer exist.

Since his detainment, however, Peter Dutton has not shied away from tell the outside world about his new brand of progressive humanitarian politics.

Starting with his new preferred title, Comrade Dutton, the failed 2018 lib-spill candidate has spent the last fortnight protesting Australia’s cruel treatment of the stateless people they have detained for something they couldn’t help.

Having already scaled the roof of the detention centre, and kitted out his cell with cool leftie posters – Dutton has today taken things one step further.

“Doing The Garrett” refers to the left wing ritual of dancing like someone on high-grade early 1990s ecstacy, in the same way as Midnight Oil frontman Peter Garrett.

“This is for you Abbott!” shouted the Comrade, while furiously jiggling.

“Turnbull… Scotty. You too!”

“All of those people who directed me to do those horrible things I’ve been doing for the last five years. How do you sleep??!”

“How do we sleep while our beds are burning!?”

Comrade then took a few deep breathes and continued his rant.

“Free Julian Assange. He did nothing wrong you bastards!”

At the time of press, Comrade Dutton had been Garretting for over 90 minutes, as his sunburn and perspiration began to show. 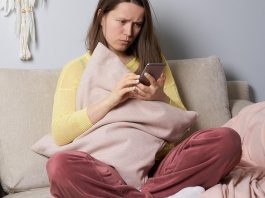