Prime Minister Scott Morrison has called on a favour from some old friends today to deal with the current Extinction Rebellion protestors making headlines.

The former ad man and head of Tourism Australia got the gang back together for a big brainstorming session on how to label the climate change activists.

“These are the people who brought you ‘How Good’s Australia’ and the ‘Retiree Tax.’ This is my select group of elite ad guys, so I’m getting serious,” said Morrison.

The activists protesting under the banner of Extinction Rebellion have ticked off a 3rd straight day of disrupting city commuters in an effort to achieve action on climate change.

That has led to ScoMo calling the guys in and buying a few packets of Tim Tams and some Snakes to ‘get the juices flowing on how to rebrand these leftie protestors.’

Allowing The Advocate exclusive access to the session Morrison said the most important thing is to make these protestors seems like militant lefties.

“We are just spitballing right now,” said an excited Morrison as he jotted suggestions on the whiteboard.

“No idea’s a bad idea. Except for anything that makes the people making an effort to try and prevent the extinction of life as we know seem normal.”

“Oohhhhhhh I like that,” he said writing out the suggestion to call them Vegan Homosexual Extremists.

The session then continued for another hour or so, with Morrison now taking a select batch of names to some focus groups. 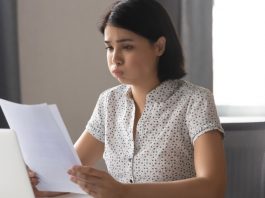 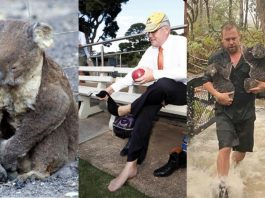 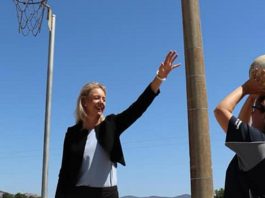 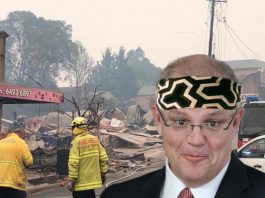 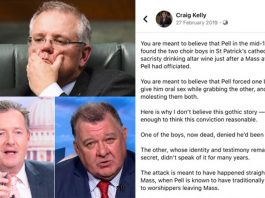 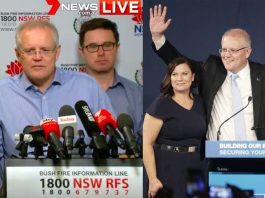