Inspired by a Jordan Peterson video on YouTube, occasional Australian Prime Minister Scott Morrison decided to make a win for himself today and held a press conference to show support for Australian women.

Despite already being an occasion worth 80% of the nation’s daily eyeroll quota, the press gallery was stunned when Mr Morrison made his way to the podium wearing an empathy belly, an artificial breast and womb designed so men can experience what their pregnant partner is going through.

“Come on just between us girls haha!”

Perhaps prematurely, Mr Morrison then announced ‘that sexism is over’ and called on all Australian men to strap on an empathy belt to ‘truly understand the female experience.’

“At the end of the day we are all one gender and that gender is called Australian.”

As the cameras clicked with the speed of seagull wings around hotchips, reporters immediately began begging the PM to explain what on Earth is actually wrong with him.

“That’s it! I’ve had it up to here with you women!” bellowed the PM, slapping his baby bump to emphasise the point.

“I’ve dressed like you and still none of you will stand by me! Why won’t you stand by me? I command it!”

After several more minutes of shouting, Mr Morrison reverted to his usual behaviour and blamed his serious lack of judgement on his wife and kids.

“I hope you are ashamed of yourself, this was Jenny and my girls ideas and by calling it stupid you are calling them stupid which has ruined their future so good on you for being sexist to my wife and girls, who for the record, are all chicks!” 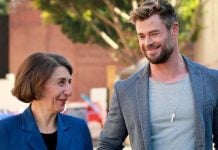 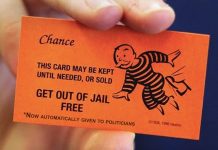 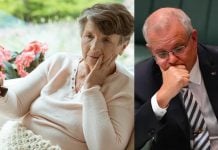 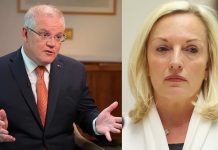