Not known for acting quickly on any particular issue facing the Australian people, today the Canberra political class have been quick to get themselves into gear to confront what they believe to be an imminent threat to our way of life

Social media giants have booted the President from their platforms, despite his prominent status and huge number of followers, after the riot at the US Capitol last week.

Twitter cited the “risk of further incitement of violence” and Mr Trump’s past breaches of the company’s rules for spreading misinformation as the reason for their decision.

But Mr McCormack — acting for Scott Morrison as Australian leader this week — disagreed with the decision.

“Well, I don’t believe in that sort of censorship,” he said.

McCormack, who made headlines late last year when he falsely accused Black Lives Matters protestors of causing Melbourne’s 2nd wave on national television, says that both he and his colleagues are beginning to worry that they will no longer be able to do their job if they are forced to tell the truth.

“I find it especially concerning that social media platforms have the right to hold users accountable for spreading misinformation and lying out their arses” he said.

“What would our democracy look like if we weren’t able to falsely debunk the findings of our climate scientists, or weren’t able to accuse minorities of causing all of the economic instability that voters face after the 18 years of coalition governance over the last three decades”

McCormack has been joined by several other prominent tax-payer-funded liars in his condemnations of the social media villains that Australia’s conservative populists have relied on for the last ten years to spread bullshit and divide Australians.

Other loudmouth liars include George Christensen and Craig Kelly, two politicians who wouldn’t be able to hold a job as an Uber cyclists if they had to find work outside of lying on social media and taking tax-payer-funded flights to Manila. 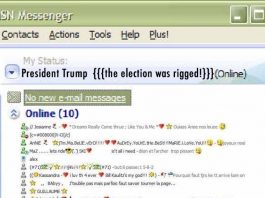