A MELBOURNE WOMAN who accidentally swallowed an appetiser containing gluten is calling for the resignation of medical staff after she was refused treatment at the Melbourne Mater Hospital overnight.

Adrienne Prescott, 36, who describes herself as “seriously sensitive to gluten” – had been attending a private function when she mistakenly ate a smoked salmon canapé which may have contained traces of “wheat” – a grain commonly used in Australian cuisine despite the fact that it harbours the dangerous protein known as gluten.

Mrs Prescott was driven to the MMH Emergency Triage centre for treatment by her husband, Vince Prescott, 68.

However, she was quickly informed by medical staff that her condition “did not constitute a genuine medical emergency”.

While Mrs Prescott hasn’t spoken with the media since her ordeal, family members have come forward demanding disciplinary action against hospital staff and directors, and have called for a thorough review of emergency procedures across the nation.

In a statement to the Advocate, the disgruntled husband, millionaire real estate tycoon, Vince Prescott said the incident “ruined his entire evening”.

“At the very least, they could have run some kind of tests on the canapé in question,” Mr Prescott told the Advocate.

“I cannot accept that my wife could be turned away like some filthy boat person. These hospitals are happy to treat all the overdosing druggies, beaten up hookers and half dead gangsters, but what about hardworking housewives?”

“I am currently putting together a legal team that will be asking these questions, in court”

Dr Pradesh Maroudi, who was on duty at the time, has refuted claims the woman was mistreated.

“We’d just successfully removed a pair of bicycle handlebars from a teenagers chest cavity when she arrived,” Dr Maroudi said.

“She seemed quite cheerful at first, and even accepted a coffee to help sober her up. It wasn’t until we asked if she had been officially diagnosed with Coeliac disease that things got really ugly.”

Dr Maroudi said that Mrs Prescott wasn’t given priority over other patients because her “allergy” was self-diagnosed – and that while Coeliac disease was a serious medical condition, people shouldn’t be alarmed if they believe they may have gluten sensitivity.

“In almost all cases, all you really need is to go do a big shit,” Dr Maroudi said.

One of the other triage patients was bleeding out of her mouth and extremely high on crystal meth… even she suggested that Mrs Prescott should “chill the fuck out” – Both her and her husband really were making quite a scene”.

Mrs Prescott is believed to be in a stable condition in her private residence in the Melbourne suburb of Toorak, however her husband has stated they are continuing to seek legal advice and are making sure that someone is “to be held accountable” for his wife’s humiliation.

“It’s not good enough. We are both insured to the teeth and this still kind of stuff still happens. I work hard to make sure my family is safe and then when we have a medical emergency – we still get treated like the rest of these peasants,”

“People like us shouldn’t be made to wait behind drug-users, we certainly shouldn’t have our poor health ridiculed in front of them.” 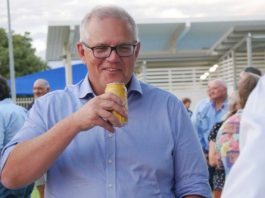 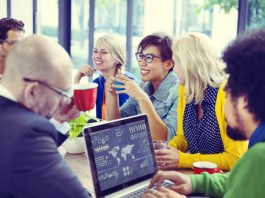 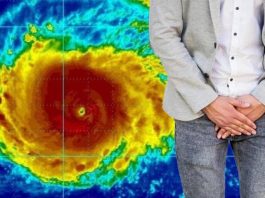