The Magpies Coach is currently under fire for breaching the strict Covid-19 protocols to go and have a hit of tennis with Alicia Molik – a decision which as attracted a $50,000 fine for the club and a lot of negative publicity.

Buckley has reportedly offered to pay the fine himself personally, in the wake of Eddie McGuire insisting last week that anyone caught breaching the rules should pay the fine themselves, and be sent home by the AFL.

However, how personally that fine will be paid has now come into question – with suggestions that Buckley might be making a suspicious amount of money on the popular game show tonight.

“Nathan has every right to appear on Millionaire Hot Seat tonight,” explained McGuire a short time ago in his usual frantic state whenever someone criticises his club that is constantly fucking up.

“He is an AFL coach and is allowed to do media, and allowed to leave the bubble because he is on the payroll of Collingwood Football Club, which as you should all know by now, means he should be subject to a different set of rules.”

“So instead of trying to beat up a story, why don’t you focus on the real issues, like the AFL Grand Final not being played at the G,” explained the fire up club boss who does everything he can to stir up a story every single other week. 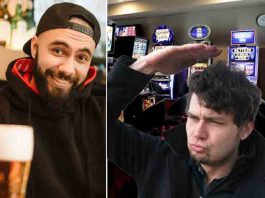