The nation of Australia is still coming to terms with the fact that it has a Mens or Womens Singles player still in the Australian Open this late on in January.

Not since Lleyton lost to Russian heartthrob Marat Safin in the Australian Open final all the way back in 2005 has the country had a Singles player go this deep in the main draw.

“How fucking good is it though,” said one local spokesperson taking a long lunch to round out January.

“It’s a Barty Party and we all get to attend.”

“I couldn’t be more on the bandwagon if I’m honest. I hope she keeps it going.”

“She’s our most successful tennis player of a generation and she was playing cricket a few years ago, my god. Just shows you how good walking away from cricket can be hey.”

“Anyway, I’m gonna watch the game now, so if you wouldn’t mind,” he said. 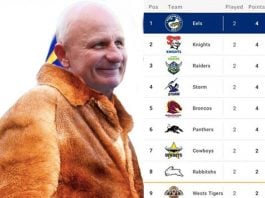