In the newest win for middle-class white feminism, promoters of Saturday night’s Battle of Bendigo boxing match between Jeff Horn and Michael Zerafa decided at the last minute to sack their ring girls, after coming under fire from activists groups.

The newest example of the prudish stigmatisation of sex workers and models disguised as eighteenth-wave advocacy has seen three young women lose an entire night of work to male replacements – who were instead referred to as ‘fight progress managers’.

The decision appears to be clearly a result of boxing officials trying to avoid spending any time debating the politics of employing scantily-clad young women as a promotional exercise – like most knee-jerk reactions made by small-business owners who don’t know really how to react to being called patriarchal misogynist pigs by people on Twitter.

Last night’s compromise is being hailed as a big win for the people who only just realised that sometimes heavily-fake-tanned models wear bikinis into the boxing ring in between the two minute increments of heavily-tattooed men and women attempting to concuss each other with their fists.

Several City of Greater Bendigo councillors were also vocal in their criticisms of the historical boxing custom, and have celebrated the decision to ban ring girls from their white-supremacist-rally-ravaged town.

“These women are being treated like ornaments that get into the ring to entertain people! It’s not good enough” said one councillor.

“The idea of hiring someone who is keen to show off their body as promotional tool in exchange for a pay cheque should be reserved solely for Instagram. Not leagues clubs!” 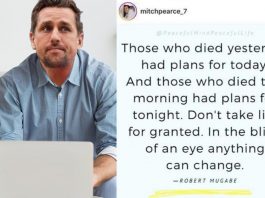