Their likeness has been the target of comedians and satirists for decades but now Carl Barron and Paul Kelly are settling the issue once and for all.

On November 9, both Barron and Kelly will be running the Great Barrier Reef Marathon in Port Douglas for Camp Quality.

However, for the loser, their lives will be changed for ever.

In partnership with hair-loss conglomerate, Ashley & Martin, the loser will undergo a full hair transplant.

The proceedure usually costs in excess of $25 000 for a full head hair replacement but the world-renown doctors at Ashley & Martin are happy to do the work pro bono.

It seems that the challenge to stay bald will be the primary goal for both Carl and Paul as they’ve both enjoyed the smooth look for most of their lives.

“Failure is not an option,” says Carl Barron.

“One thing I’ve got going for me is that Carl still smokes,” says Paul Kelly.

“I could do the marathon and sing a song at the same time,”

Camp Quality CEO Simon Rountree, says that it’s a great idea and he hopes it’ll shine a light on the charity.

“I only wish that there were more fellas like Paul and Carl,” says Mr Rountree.

Both Paul and Carl admit that their preparation for the event has a lot left to be desired.

“I’m just going to wing it on the day,” says Barron.

“I remember it being pretty flat up at Port Dougie [sic].”

On the flipside, Kelly says that the training requirements have interfered with his latest tour and recording sessions.

“I haven’t run in 20 years but this’ll blow the cobwebs out, I think,” says Kelly.

“My race tactic will be to wait until Carl retires hurt or dies. Either way.” 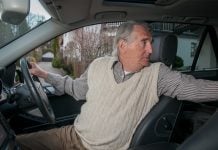 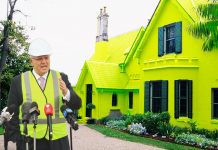