[dropcap]S[/dropcap]EVEN STUDENTS from a local Bathurst university face serious charges relating to vandalism and malicious damaging after defacing the town’s most famous landmark.

Police say the stone lettering on the side of the mountain was covered with earth and grass in the early hours of last Saturday morning.

Local media have dubbed the incident “Pano-gate” and the accused are being collectively heralded as the “Mitchell Seven”.

“The facts are that these boys don’t quite understand how much trouble they’re in,”

In 2012, 47 young men from the university were arrested on Mount Panorama after being found naked and covered in decomposing organic matter in an apparent “hazing incident”.

“We don’t believe the incidents are related.” says Superintendent Robinson.

Mayor Gary Rush says that the timing of their “prank gone wrong” was no coincidence.

“The eyes of the nation are on Bathurst this weekend,” says Mayor Rush.

A university spokesman, says he’s embarrassed and ashamed that the culprits were local university students.

“It pains me to say that students were responsible for this,” he said.

“In response, we’ve put these seven men on academic probation and declared them “at-risk” students,”

Nevertheless, some race fans can see the lighter side of the prank.

Hollywood actor and Bathurst tragic, Eric Bana, tweeted the images to his 25 000 followers this morning.

One of the seven accused released a statement saying that he and the others deeply regret the incident and offered an apology to the people of Bathurst.

“We have self-excluded ourselves from all future DK nights and Cheeky Tuesdays,” says the accused.

“Alcohol was a defining factor in our actions,”

“I offer no excuse other than I was severely affected by drugs and alcohol at the time.”

One student, who chooses to remain anonymous, says that this prank has the local rugby club written all over it.

“It wouldn’t surprise me if those dickheads did it,” says a college resident.

Detectives say they’re working on a number of leads but it’s too early to comment on the ongoing investigation.

The Mitchell Seven have all been granted bail and will appear back in court on November 7.

Police are urging anyone with information in relation to this incident to call Crime Stoppers on 1800 333 000 or use the Crime Stoppers online reporting page: https://nsw.crimestoppers.com.au/ 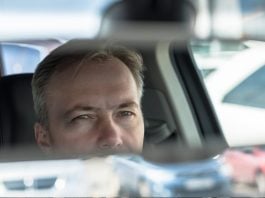