A local finance worker caught herself daydreaming about what life would’ve been like if she never left her sleepy hometown.

Would she be happier? Would she be richer? Or would she be poor and unhappy? What if she never got on that bus; watched the last lamp post on the edge of town disappear in the distance behind her?

The 27-year-old snapped out of her daydream, she said, after browsing her hometown of Milparinka’s Snap Map.

A Snap Map is a geo-specific SnapChat story that any user can upload for anybody to view. It has revolutionised the way in which young, city-dwelling professionals revisit the place that they came from – as well as discovering new places.

Abigail sat down with our reporter in The Dickless Parrot’s beer garden, where the gentle clinking of ice-cubes against a plastic wine glass soothed her worried mind.

“One Snap Map story at a time, I’m reminded of why I left Milparinka,” she said.

She took another sip of lady petrol for her unbreakable chalice.

“This guy Matt who I went to high school with used to do this thing where he’d piss on his own face at lunch just for the laughs,”

“I just saw him do it again 10 years later only this time it wasn’t in person and he was doing it out the back of the IGA,”

“I hope it stays that way.”

She then took a cigarette out of our reporter’s deck without asking and lit it with her own lighter.

Dissatisfied, she tore the filter off and took a proper drag. 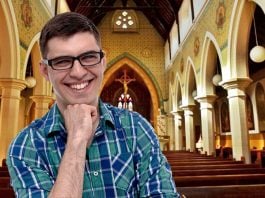 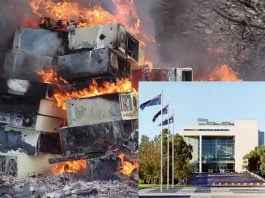