The organisers of the East Coast’s most popular winter music festival in Byron Bay, Splendour in the Grass, are feeling pleased with themselves this morning after announcing a mystery act that nobody saw coming.

Around this morning, the Splendour team announced that Ocean Alley, a band from Sydney, is this year’s Mystery Act – just months after they won a national radio popularity contest.

For weeks, the organisers have dropped hits about who the Mystery Act is.

A few days ago, the act was said to be a group of ‘long-haired young men from Sydney’s Northern Beaches, which narrowed down the possibility to it being one of several hundred bands.

Speaking to The Advocate this morning via Snapchat messenger, the festival’s head said they hoped everybody was as surprised as they were.

“Who saw that coming?” they laughed.

“Happy Monday everybody! Look forward to seeing you all in July! Pack good vibes – and a jumper!”

Our reporter spoke to a local youth, who says they’ve bought a ticket to Splendour this year for the express purpose of seeing Ocean Alley.

The punter, who asked to remain anonymous, said it quite obvious that Ocean Alley were playing this year’s festival after winning the Hottest 100 on Triple J.

“I bought a ticket to Splendour to see Ocean Alley. As if they weren’t the mystery act this year. Who else was it going to be? The Flaming Lips?”

“Anyway, I’ve already put my leave in. Nice talking to you, grandpa.” 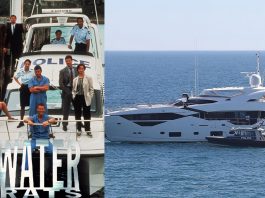 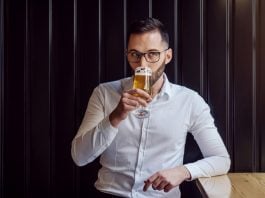