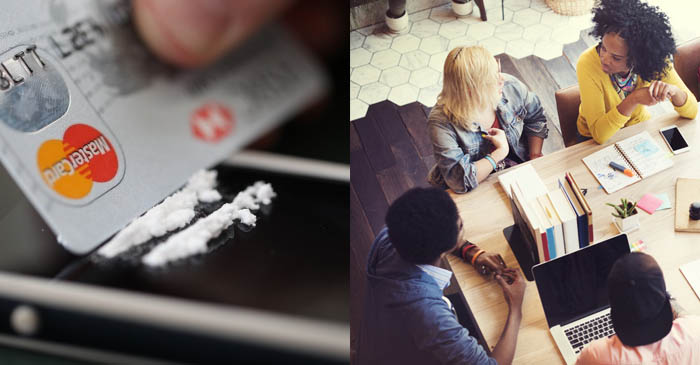 THEY DIGITALLY PRINT anything you want onto dog raincoats – an industry without a monopoly until now.

For the directors of DoggyDropz, a brand new Castle Hill-based tech startup, it’s been quite a lucrative corner of the canine apparel market for them.

It’s a $AUD94 000 a year national market and for founders Darren Pinchcock and Liam Grosser, they’re getting nearly all of it.

“Because we still live at home, we’re able to reinvest all of our revenue back into the company,” they said.

“It’s not just a tax write-off, seeing as though we don’t actually make a profit because of how we distribute our revenue, it’s a great way to lure the cream of the technology crop to our company,”

“Our graphic designer is the best in the country. We wouldn’t have him if we didn’t offer daytime bags as an office perk.” they said.

The ad, found in all metro newspaper and job seeker websites, explains that the humble $38k p.a. pay packet is offset by a nearly limitless supply of Brisbane-quality cocaine.

“Anybody who tells you that cocaine doesn’t make the wheels on the digital media bus go round is a liar,” said Pinchcock.

“We’re on the cutting edge of media recruitment. We’re upfront about offering our employees free cocaine because it usually goes without saying. It’s a rite of passage for any young account manager, copywriter, campaigner or digital artist to be asked upstairs into the boss’ office for a bit of Thredbo powder,” he said.

“Send us your resumes.”