The Acting Prime Minister Michael McCormack has celebrated his first day back at the nation’s leader by treating himself to half a kilo of processed meat out the front of Wagga’s Knights Deli on Fitzmaurice.

“It’s a morning ritual of mine,” he told The Advocate this morning.

“Whenever I’m back home in the Riverina, I make sure to get a heart breakfast of prosciutto in my tummy before I tackle the day. I like to do it alone, it gives me time to think about things. I just love prosciutto. I got hooked on twiggy sticks a few years ago but John Anderson told me nothing gives you the Spanish Dancer of the colon quicker than twiggy sticks so I made the switch to prosciutto,”

“So yeah, that’s just another piece in the McCormack jigsaw.”

Mr McCormack was originally due to speak to this mast head about the mice plague but The Advocate’s editorial team decided this story, of an acting prime minister enjoying nearly a pound of delicious cured meat outside one of Wagga’s most famous shops, was more salient. 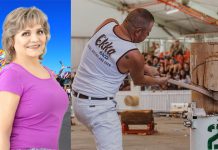 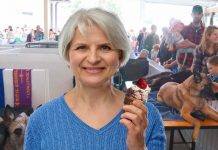 Corporate Drone Rebels Against Dress Code With Silly Socks That Really Show Off His Zany Personality!