Prime Minster Scott Morrison is today panicking after being forced to ditch his plan to hide behind Australia’s love of sport to avoid any further discussion of climate change – and recent funding cuts to emergency services.

After Australian convincingly cat-and-moused a war-weary Pakistani side at an array of cities over the last month – the upcoming test against the Kiwis looks to offer up the same level of mildly-exciting-but-undeniably-mediocre cricket.

New South Wales is battling over 90 bushfires, with several combining to create a “mega blaze” on Sydney’s outskirts.

In Queensland more than 40 additional fires are burning, each day closer to major rural and metropolitan centres.

More than half of the fires in NSW are not contained, and the Bureau of Meteorology — Australia’s government agency responsible for providing weather services — has said that some of the fires are “too big to put out.”

The Bureau of Meteorology has indicated that the fires are “pumping out vast amounts of smoke,” which has turned the skies orange, and appears like “significant rain” on weather radar.

Even with the 1000 homes that have been destroyed and the critical damage caused to the wildlife that once lived inside the 15% of Australian National Parks that have already been burnt to the ground as part of the overall 2.4 million acres that have been destroyed by unprecedented climate-change-led bushfires – Scotty From Marketing was hoping that the cricket, and a bit of Paul Kelly and glazed ham would take the heat of his inability to govern during a crisis.

Unfortunately for him and his shrinking Liberal faction, it has not – possibly due to the fact that he has mostly spent the last two months hanging out with sporting teams.

This becoming a very harrowing reality for Scotty From Marketing during the last few days of play in Adelaide, a city not covered in smoke, that still couldn’t fill 25% of a stadium.

On Friday, he chartered a private jumbo from Canberra to Sydney to attend Christmas drinks at the Murdoch household in Bellevue Hill. The Prime Minister’s office have since had the photos of the Scotty and Jenny Morrison arriving at the mansion stricken from newspix.com.au

Two weeks ago Scott Morrison weathered a wave of backlash over a tweet saying the Australian cricket team will give fire-impacted communities and firefighters “something to cheer about”. 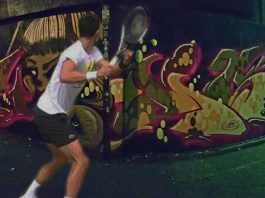 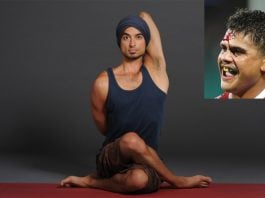 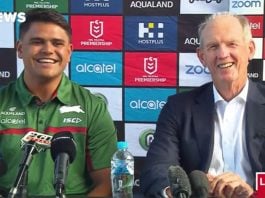 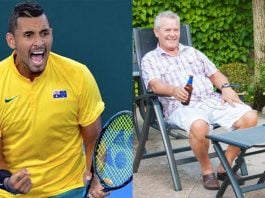 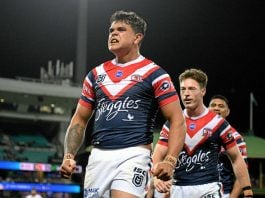 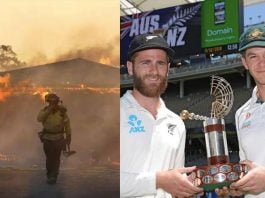