“Yewww” yelled Cameron Dunlop has he splashed a shot of Jägermeister into a glass of Red Bull.

It’s a work drinks and the relatively sociable logistics manager at a South Betoota wholesale beef import/export warehouse appears to be on one.

No one knows why he is doing this, but they eventually have to follow suit – because he’s probably spent about $60 on this whole brain snap.

The Jägerbomb is a bomb shot mixed drink that was originally mixed by dropping a shot of Jägermeister into a glass of beer. Later, beer was replaced by Red Bull or other energy drinks – which now makes it rather anti-social, as pub patrons end up getting jacked on guarana and caffeine for no reason other than to emulated the sensations of real drugs.

Cameron, who doesn’t seem to have spent much time socialising in licensed venues since he finished school in 2009, is really letting his hair down.

“Haha who’s up!?” he shouts at the low key post-work drinks crowd.

Cameron puts the tray of jagerbombs down and starts doing the robot.

“Haha. Woo!” said some of the girls from accounts, half-heartedly. 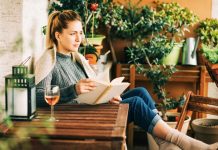